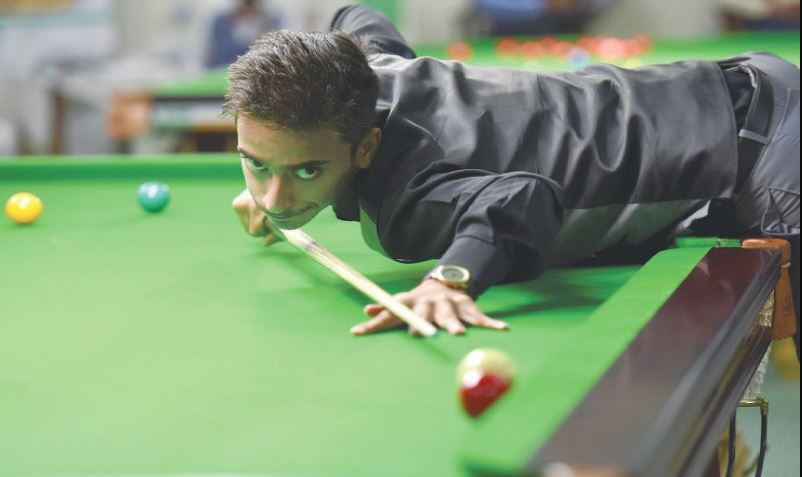 Ahsan Ramzan, Pakistani 16-year-old, bags the world snooker title. Ahsan brings honour to the country by capturing an international title. The teenager  is the 2nd individual in history to win the championship title.

Ramzan faced Amir Sarkosh of Iran, in a 5-hour-long snooker match. Ramzan appeared to be losing the battle in the grip of Amir at one stage. He fell 3-5 behind, and the opponent needed just one set to win the game. Ramzan, on the other hand, did not give up easily. 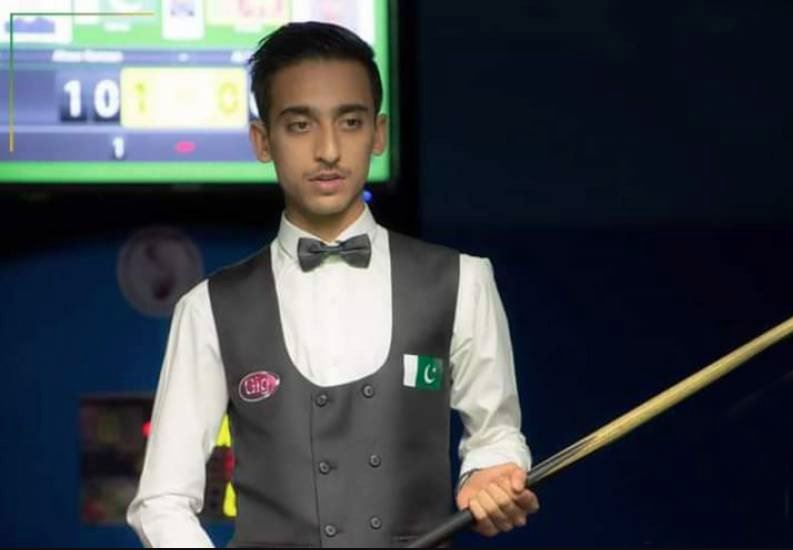 In his desire to win, he proceeded to play the match harmoniously and with outstanding abilities. He stood patient and did not succumb to the strain. Ultimately, Ramzan dominated the tournament! He forced his way to the championship title, which was intended to be his.

He is the third cueist in Pakistan to win the award, although he is a teenager. Formerly, Muhammad Asif won the game twice, and Muhammad Yousuf also managed to win it in 1994. Pakistan has earned the IBSF World Snooker Championship for the fourth time.

Plenty of well known personalities congratulated him on his triumph. Dr. Arif Alvi, President of Pakistan, has thanks Ramzan and states that he made the country glorious by bringing in “great achievements.”

Congratulations to 16 year old Ahsan Ramzan for winning the World Snooker Championship in Doha. Outstanding honors you bring to Pakistan, and you make us proud. 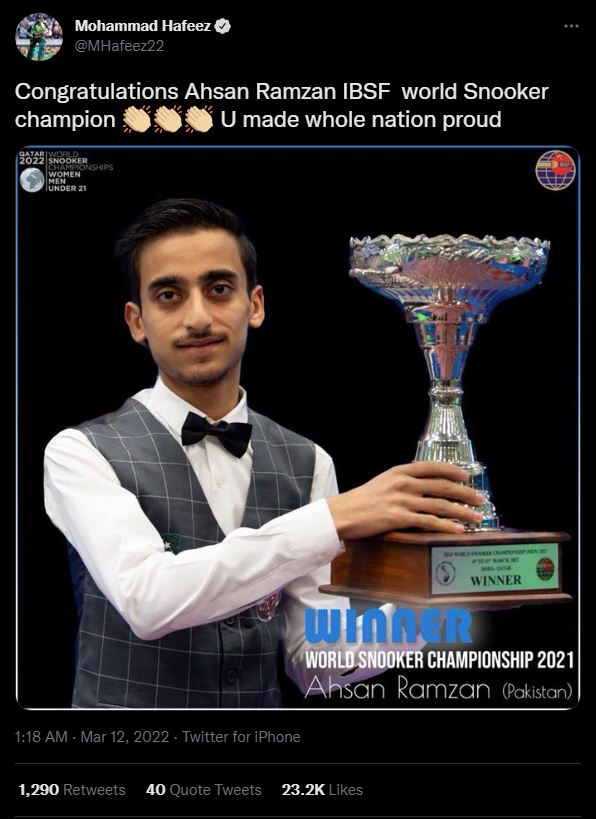 Moreover, CM Punjab, among many others, praises Ahsan on his outstanding accomplishment.

Whilst speaking to the press, Ahsan Ramzan expressed his excitement, adding, “I began practising snooker at the age of 6 or 7.  It wasn’t simple for me to go out of my house. First to the alleys in my neighbourhood, then to the main roadways in my town, and then to contest provincial and national championships before qualifying to get here.”

Furthermore, Ahsan Ramzan wants that the Pakistani government provide him with the same luxuries and protocol like cricketers. Snooker is the underdog; it is not as well-known as cricket. He seeks acknowledgment from the state.