Home Pakistan All-women market is slated to open in Islamabad 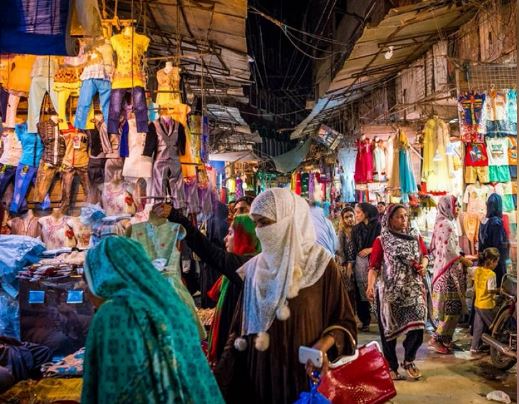 According to Minister of Interior Sheikh Rashid Ahmed, an all-women market would be built in the country’s federal capital enabling women to run their shops and contribute to the economy.

He revealed the resources being prepared for ladies to conduct their companies in Islamabad by October 30 during a conference with the delegation from the Islamabad Women Chambers of Commerce and Industry. He also stated that it is critical for developers to include women in business activity.

Rasheed also advised women to step up and take their rightful place in all aspects of life. Various efforts will be taken to ensure commercial success, while IWCCI would be granted opportunities in the capital’s all-women market, he added.

The decision to build an all-women market was taken in June of this year when the minister met with a team from the Islamabad Women Chamber of Commerce and Industry (IWCCI) and recognised the importance of ladies in business operations.

The Interior Minister further stated that the third university for women will be established in Rawalpindi in the months to come. He also shared an example of the daughter of an impoverished rickshaw driver who excelled in competitive exams, highlighting the importance of education for girls.

Rasheed’s initiatives for women’s emancipation were also lauded by IWCCI Founder President Samina Fazil. He also administered the oath of office to the newly elected executive members of the IWCCI and gave shields to the attendees.

Annual Status Of Education In Pakistan