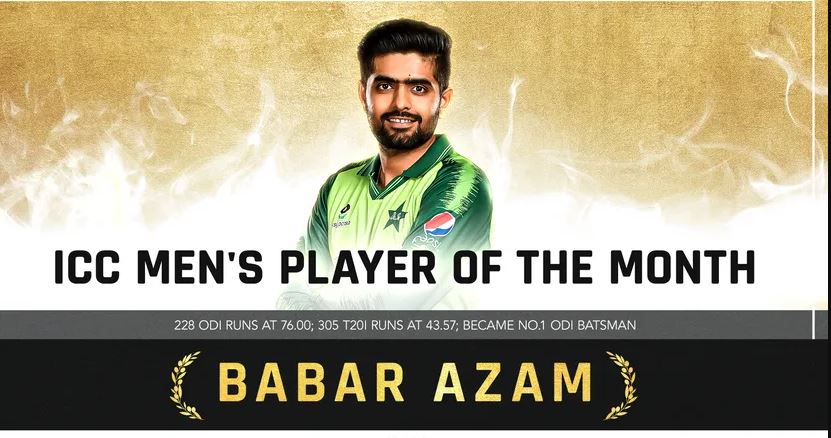 Babar Azam is currently serving as the captain of Pakistan’s cricket squad. The world acknowledges him as one of the best batters of modern cricket. He plays in all formats of cricket.

International Cricket Council (ICC) after his spectacular performance in the series against Australia, names him player of the month. 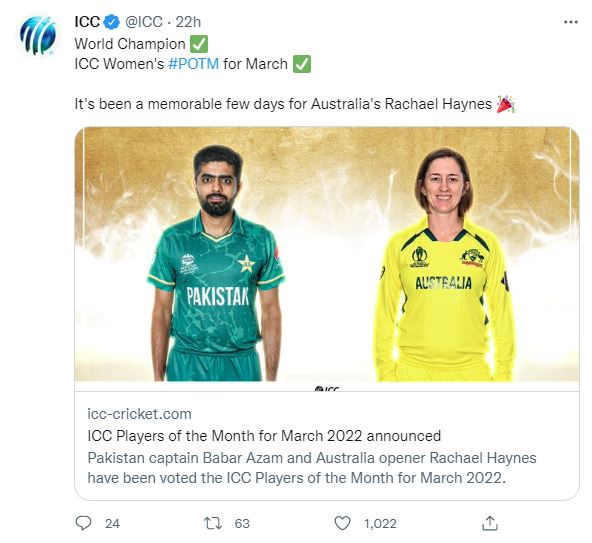 The skipper is the only cricketer in the world amongst the top 5 ranking across all formats. He ranks in the first position for playing his best in the series against Australia. The star performer seizes the monthly honour leaving behind International cricketers; Pat Cummins and Kraigg Brathwaite.

During the series against Australia, Babar Azam broke many records. Previously he was awarded man of the year alongside Shaheen Afridi and Muhammad Rizwan.

ICC acknowledged Babar Azam three times for his performance in 2021. He was earlier proclaimed the front runner of the T20 and ODI teams of the year. He also received the title of ODI cricketer of the year.

Babar continues his chain of tremendous performances throughout March. Scoring 196 runs in the second Test match against Australia and getting the player of the month title.

Further, the Pakistan cricket team consists of strong players. The team is competitive on an international level, winning several awards collectively. Seeing the competitiveness of the team, Pakistan Cricket Board (PCB) chairman asks for a four-nation T20I series which was later rejected by ICC.

As per speculations, Chairman PCB Rameez Raja is considering resigning from his post amid political instability.

Lastly, looking at Babar Azam’s performance and the strength of the Pakistan cricket team, the speculators are positive about Pakistan’s win in the upcoming world cup.

Lahore Qalandars and Islamabad United will face off today