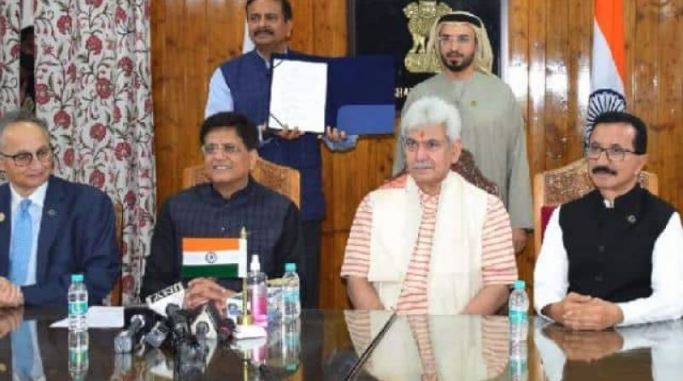 Dubai has reached an agreement with the Government of India to create infrastructures in Indian-occupied Jammu & Kashmir.

The Modi government made the move on Monday, amidst escalating violence in the seized area. It has not yet disclosed the worth of the partnership.

The deal by Dubai, one of the UAE’s seven emirates, is the first foreign investment in the restive area since the Indian government stripped it of its autonomy.

According to the deal, Dubai would build infrastructure such as industrial parks, information technology towers, multifunctional buildings, logistics centres, a medical college, and a speciality hospital.

“The world has begun to recognize the rate [at] which Jammu and Kashmir is travelling on the developmental bandwagon,” said Indian Trade Minister Piyush Goyal in a statement.

He stated that several Dubai-based companies have expressed interest in investing in occupied Kashmir.