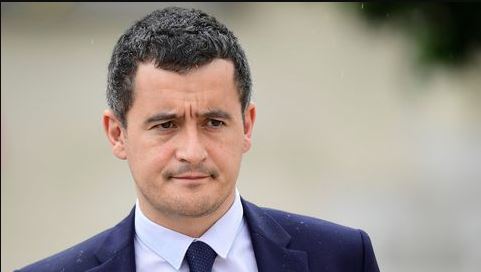 Gérald DARMANIN, the French interior minister, is in hot water after greeting France’s Muslims a peaceful Ramadan. He tweeted greetings to the Muslim community as the Holy Month of Ramadan began.

Criticizing and questioning his act, locals labelled him as a hypocrite and a racist. The tweet from the minister got around, 3900 retweets. The majority of people questioned his message, accusing him of hypocrisy. Raising fingers at him, the Jews and Christians questioned him for not wishing them on Easter and other holy occasions.

As a response, the French minister Gerald Darmanin retweeted all the times he wished other religious groups on their religious events.

“I wished our Muslim brothers and sisters a pleasant Ramadan yesterday.  Ever since, many racist remarks were made implying that I did not greet Christians or Jews. This is plainly incorrect,” wrote the minister.

It’s shocking to see the French Minister wishing Muslims a happy holy month. Further, France is well-known for its anti-Muslim sentiment. Thus, Muslims are not free to practise their religion within France. Women are not able to wear abayas or cover their heads.

Abaya is a piece of clothing Muslim women wear to cover themselves. The French Minister breaks the ice between the Muslims and the French. It depicts Gerald Darmanin’s efforts to settle the long-running conflict and recognize Muslims as human beings.

This may owe to the struggle of the current Prime Minister of Pakistan, Imran Khan, for always speaking for the rights of Muslims on International platforms. Hence, the whole world celebrates Islamophobia day due to Imran Khan’s effort.

In brief, a perspective also exists that Gerald wished the Muslims to impress and captivate them for the next elections. This may also be a case, his intentions are not yet clear.