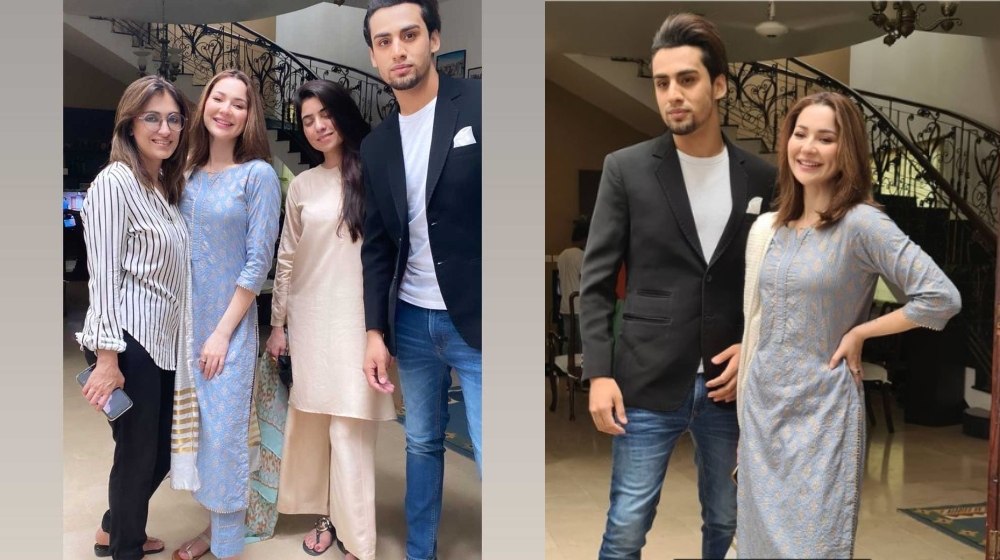 Hania Aamir and Momin Saqib are starring in Shazia Wajahat’s directorial debut, which is set to be released this Eid.

“It’s our own HUM TV showcase creation,” Wajahat said, adding that the story is a “very sweet” romantic comedy written by Raheel Ahmed. Hania Aamir, Saqib, Rubina Ashraf, and Hina Dilpazeer are among the cast members.

“Momin and Hania have never been cast together before,” she said. “With Momin, we did Raqs-e-Bismil, and we’re working on a lot of projects with Hania, including our film, Parde Mein Rehne Do.”

She went on to describe how the proposal came to be. “I enjoyed working with her because she is so full of personality, and she was a perfect fit for the bubbly role we were looking for. Momin, on the other hand, has never played a comic role on screen. Reading the script, I simply thought that if given the opportunity, his comedic timing would be well-suited for the part.”

Wajahat, a producer, mentioned that she had accompanied her husband on set very frequently for a long time behind the monitor. “I’ve learned a lot from him, and he was the one who inspired and pushed me, saying, ‘I hope you have an eye for it and will do well.'” I have him by my side, so all is going swimmingly, Alhamdulillah.

Although no specific date has been revealed, the telefilm will air during Eid.

‘Bigg Boss 14’ winner Rubina Dilaik Opens Up About Her Journey...