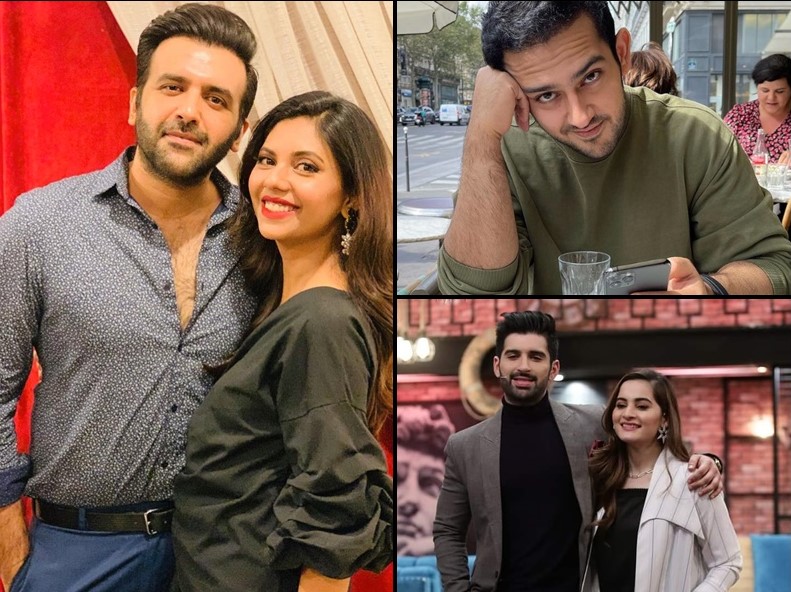 The couple show by Hina Altaf and Agha Ali is famous for stirring controversies. Every episode of the show sparks disputes between the celebrities. A special section of the show consists of spicy questions from the guests, provoking them to speak against their celebrity friends.

Hassan Ahmed appeared on the couple show with his wife Sunita Marshal. They responded to a variety of questions, including some that were a little bit reckless about the entertainment business. Hassan Ahmed uttered several critical words regarding Aiman Khan and Muneeb Butt without recognizing it. 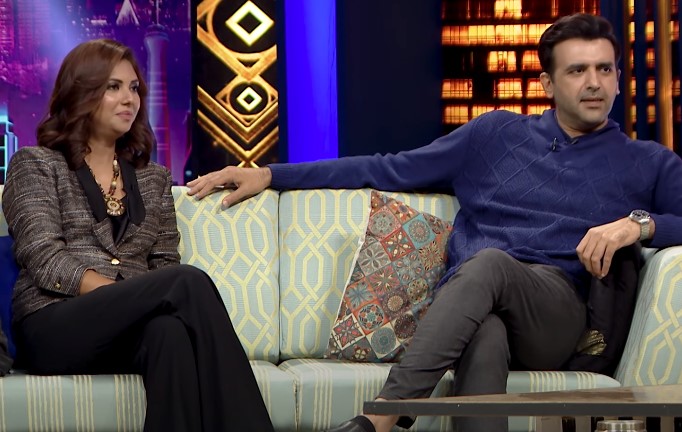 The controversial statement by Hassan Ahmed created rage and controversy across social media. On realizing his mistake, Hassan posted a video message on his Instagram profile; apologizing and repenting to take back his words. Hassan apologized for every unethical statement from him on the show.

The actor’s apology has created a soft corner in the hearts of his followers. People previously criticizing him are now acknowledging him for his kind gesture. Even Aiman Khan has commented on his post; “You didn’t have to do this❤️ you’re a very good man and I know that.” In his video message, he also requested other actors to avoid making the same mistake as his. 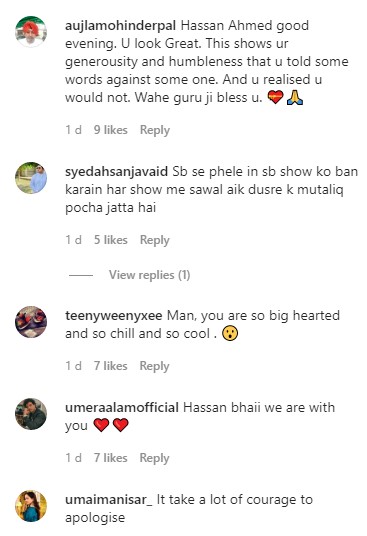 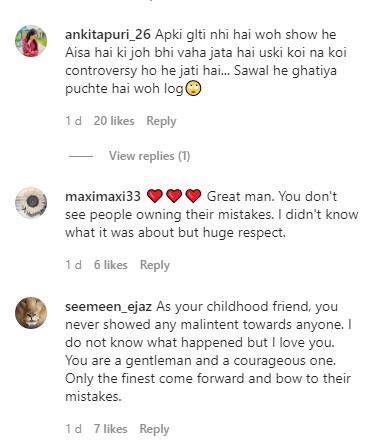 According to Hassan Ahmed, it is God who gives fame and such statements are a result of jealousy therefore one should be careful. There are only a few people who realize their mistake and then publicly apologize for it. Hassan is one of them and his followers are loving for his quality of acceptance and kind-heartedness.