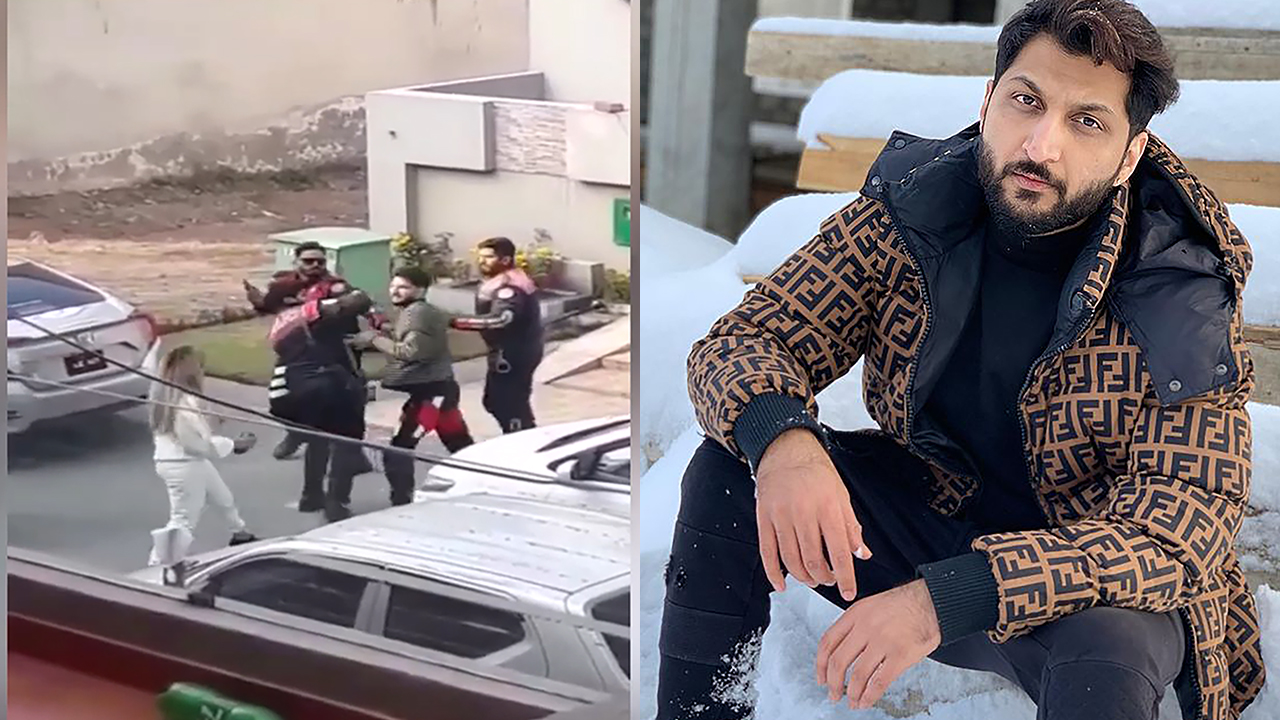 A recent video of celebrity singer Bilal Saeed circulated on social media a few days ago in which we see the singer punch and slap a man and a woman while being surrounded by the Dolphin Force in Lahore. The video is taken by Bilal’s neighbour outside his house and the view is quite clear.

According to our sources, this brawl between the three subjects took place earlier this year on the 10th of January. It is said that the man we see Bilal hitting is his own younger brother and the woman is his sister-in-law. The fight took place in the day after a disagreement between the brothers which led to a physical fight and Bilal’s neighbour then called the Dolphin Force who are seen trying to settle the matter.

We have also been told that the younger brother filed an application for the incident against his elder brother, singer Bilal Saeed, with the local police station. The team there summoned the singer and both brothers were asked to make peace as the police generally do not get involved in a personal family matter such as this one. The two brothers then made peace and the entire matter was resolved.

The video of this incident resurfacing after almost a month from when it took place is quite peculiar. Rumours say this may be a publicity stunt. Others say that Bilal’s neighbour house-help made the video and the neighbour themselves were out of town and once they returned, the video was then uploaded by them on their own social media. The bottom line here is that this physical altercation did in fact happen between the singer, his brother and his wife and Bilal indeed did kick his sister-in-law and it seems pretty violent. However, if what our sources say is true, a personal family issue that has already been resolved should not be made into a fiasco now. We still need more clarity about what exactly brought about this fight and who made this video come to light.