Home Pakistan Imran Khan: No Confidence Vote Means I Will Sit in the Opposition 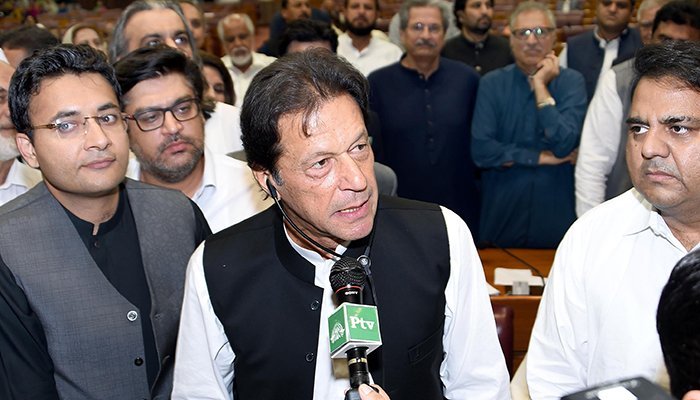 Prime Minister Imran Khan has inquired from the Election Commission after the defeat of government candidate Hafeez Sheikh during the Senate elections and said that we should know which candidates sold their votes in the Senate elections. If I can’t win the confidence of the House, I will sit in the opposition. 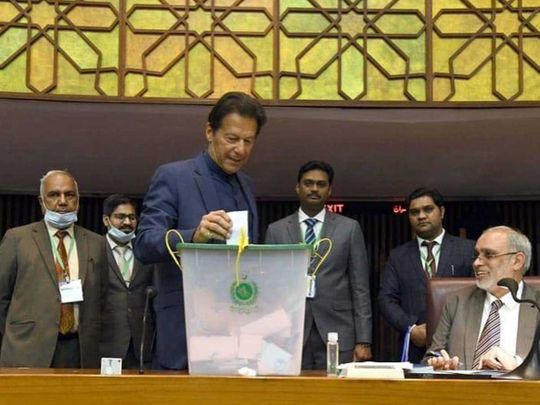 Continuing his speech, Imran Khan said that they wanted to hang the sword of mistrust on me. I have repeatedly said in the past that if there is accountability then everyone will be held accountable. If the Prime Minister or the ministers steal, the country becomes indebted. These people come to power and do business. States thrive where justice and the rule of law prevail.

He further said that after the defeat of government candidate Hafeez Sheikh during the Senate elections, the main objective of the opposition was to hang the vote of the sword to get N.R.O. If there was an open ballot, PTI would have won this seat. The opposition is saying that if the battle is won, nothing will happen. Yousuf Raza Gilani was distributing money. PTI is the largest party in the Senate.

Imran Khan said that I will take a vote of confidence on Saturday, whoever does not have confidence should come forward and talk, even if my government leaves, it does not matter, if I do not get the confidence of the House, I will sit in the opposition. I will not leave the country until I return the money, whether I am sitting in the assembly or running outside, I will not spare the thieves.

“What kind of democracy is it? Leadership comes to the Senate through money. Ever since the PTI government came, corrupt people and people from old parties have been putting pressure on my government to give NRO,” he said. The opposition demanded an NRO from me in writing, writing to us in the FATF legislation to give an NRO. FATF was blackmailed during the legislation. During the legislation, it was said that the NAB should be abolished and then they would support the legislation. Powerful people are laundering money in Pakistan, illegally occupying lands but are not being caught.

HEC: 80% of Pakistani universities under equipped for online learning

Ambassador, six officers called back from Riyadh over public complaints