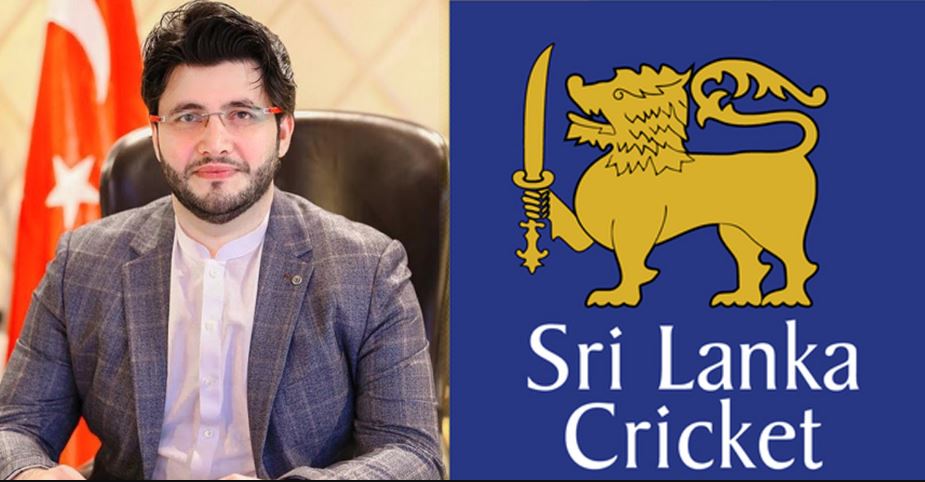 Javed Afridi, owner of Peshawar Zalmi and a well-known tycoon, proposes sponsorship to the Sri Lankan cricket squad. Zalmi’s CEO promises to assist the cricket team out of kindness and compassion. 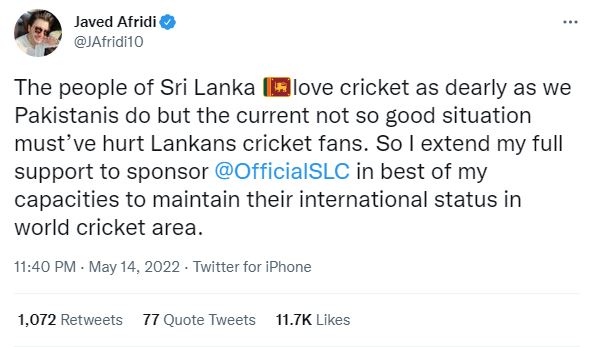 Javed Afridi made the announcement on Twitter, telling his Sri Lankan fans not to worry since he is extending sponsorship to the cricket team. “The people of Sri Lanka love cricket as much as we Pakistanis do, but the present not-so-good scenario must’ve wounded Lankan cricket fans” he tweeted.

The goal is to keep the cricket system going and not upset the audience. “As a result, I extend my entire support to sponsor @OfficialSLC to the best of my ability in order to retain their worldwide standing in the international cricket sphere,” Javed Afridi added.

Generally, the Pakistan Cricket Board (PCB) is quite supportive of its opponents. It has previously supplied assistance to Sri Lanka. It stated that it would provide every support its neighboring country requires. “We have a solid relationship with the Sri Lankan Board. The two nations always backed each other in difficult situations” the PCB director told the reporters.

Pakistan and Sri Lanka have a long friendly relations history. They’ve played on each other’s soil and always had each other’s back. Despite the threat of terrorism, Sri Lanka never abandoned Pakistan, and Pakistan never forgot Sri Lanka.

An Ahmadi Killed by a Madrassa Graduate