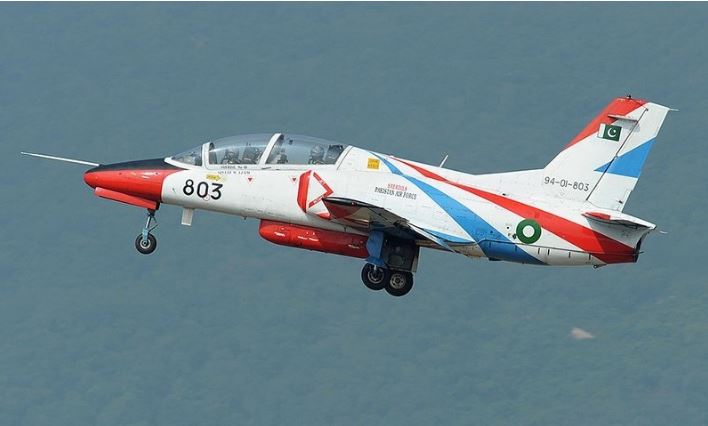 Following a normal training flight, a Pakistan Air Force trainer aircraft went down near Mardan on Wednesday, as per a PAF official. There was no information on casualties. The spokesman said that “a board of inquiry” had been appointed to look into the accident’s cause.

A PAF combat trainer aircraft had crashed near Attock in a similar operation in August during a normal training trip, but no one was hurt or anything was lost on the ground.

Last year, there were at least five such occurrences, with four PAF aircraft crashing during training exercises and one while preparing for the showcase on March 23.

The first occurrence occurred in January of 2020 when a Pakistan Air Force (PAF) plane went down during a regular training trip near Mianwali. Both Squadron Leader Haris bin Khalid and Flying Officer Ibaadur Rehman on PAF FT-7 aircraft died as a result of the crash.

In February, a PAF Mirage aircraft that was on a normal operational training trip near the Punjabi city of Shorkot crashed. According to a statement made by a PAF official at the time, the pilot successfully made an emergency landing and no one was injured or anything was lost.

In Khyber Pakhtunkhwa’s Mardan area, a Pakistan Air Force trainer plane had crashed the previous month while on a standardized training trip near Takht Bhai. Before the collision, the pilot had successfully evacuated himself.

A Pakistan Air Force F-16 jet had crashed in Islamabad amid parade preparations in March of that year near Shakarparian. The pilot, Wing Commander Nauman Akram, died in the crash.

A Pakistan Air Force (PAF) plane had crashed near Pindigheb, Attock, later in September. There were no casualties since the accident occurred during normal training.