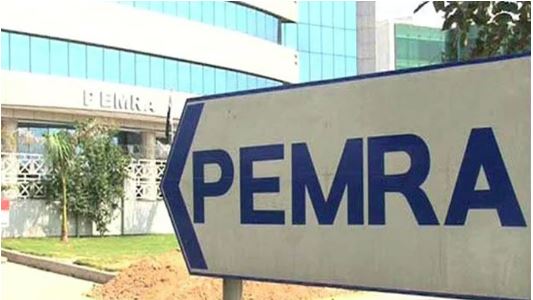 The Pakistan Electronic Media Regulatory Authority (Pemra) has banned the broadcast of video from closed-circuit television (CCTV) cameras installed at the home of Zahir Jaffer, the main suspect in the Noor Mukadam murder case.

According to a notification released by the media regulating authority on Sunday, the ban was imposed under Section 27 of the Pemra Ordinance, 2002.

It comes only one day after various news sources broadcasted and shared the unsettling and confidential CCTV camera footage.

“All satellite TV channels (news and current affairs/regional language) are directed to immediately cease broadcasting the aforementioned [Noor Mukadam and Zahir Jaffer] CCTV footage, failing which strict action will be taken against the violators under Section 29, 30 and 33 of PEMRA Ordinance 2002 as amended by PEMRA (Amendment) Act 2007,” read the Pemra notification.

Also Read: Noor Mukadam was the smartest and most talented says OKB

After transcripts of CCTV camera video were given in court earlier this week in Islamabad, disturbing visuals of what occurred before and after the assassination of Noor Mukadam emerged.

In the court of extra sessions judge Justice Ata Rabbani, the prosecution presented transcripts of the CCTV camera footage. The time of the DVR camera, from which the tape was retrieved, was 35 minutes ahead of Pakistan Standard Time, according to the transcript.

According to the CCTV camera film translation, the following transpired between July 18 and July 20.
On July 18 at 10:18 p.m., Noor Mukadam can be seen entering Zahir Jaffer’s home while on the phone.

Zahir and Noor were spotted going out of the main gate with bags at 2:39 a.m. on July 19 and re-entering the property after putting their baggage in a cab outside the main gate.

The next day, at 2:41 p.m., Noor is seen sprinting barefoot towards the gate in terror, as watchman Iftikhar closes the gate in her face. Meanwhile, Zahir runs to the front gate and seizes Noor, who is seen folding her hands and pleading with him to release her.

Zahir, according to the translation, ignores her and forces her inside the house by force.

Then, at 2:46 a.m., Zahir and Noor depart the residence in a cab outside the front gate.

At 2:52 a.m., Zahir and Noor re-enter the residence with the suitcases they had left in the cab, according to the CCTV footage. Iftikhar may be seen in the courtyard right now, unlocking the big entrance for them. There’s also a black dog.

Noor is seen jumping from the first floor and landing on the ground level grill around 7:12 p.m. on July 20. She was holding a cellphone in her hand. In what may be seen as an effort to exit the barrier, she staggered to the outside main gate. Iftikhar and the gardener were spotted closing the gate at this moment.

In the middle of this, Zahir can be seen leaping from the first-floor patio, sprinting, and seizing Noor. He confines her to a cottage at the entrance. Then Zahir unlocks the cabin door and takes her cellphone.

At 8:55 p.m., employees from Therapy Works are seen bringing an injured individual out of the residence and towards the main gate, according to the CCTV footage.

HEC: 80% of Pakistani universities under equipped for online learning