Home Entertainment Pop Singer Rihanna Is A Pakistani Agent According To Indians & This... 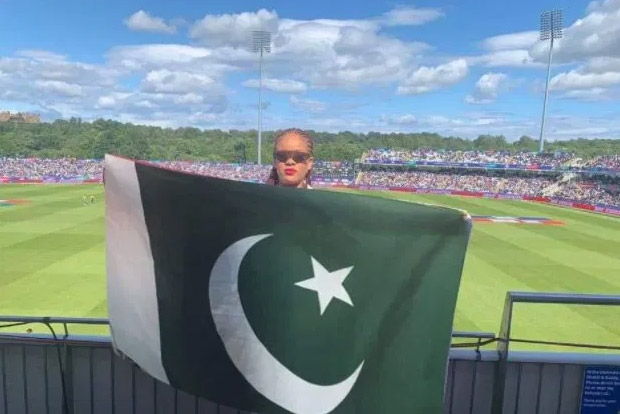 The issue gained momentum as the internationally followed pop singer condemned Indian Prime Minister Narendra Modi’s government for passing new farm laws that have caused an outrage in the country.

why aren’t we talking about this?! #FarmersProtest https://t.co/obmIlXhK9S

We saw Bollywood’s Kangna Ranaut coming to their beloved PM’s rescue after Rihanna’s tweet. She accused Canada’s New Democratic Party leader Jagmeet Singh and spoke about his connection to the Grammy Award-winning singer.

The explosive tweet by Rihanna created a flutter in South Asia, where Indians slammed the global icon for showing support to the wrong side. The bickering on Twitter soon transformed into a full-fledged war as accusations are now made that Rihanna is a Pakistani spy.

There is more to the story.

The accusation was made on the basis of an old picture of Rihanna with the Special Assistant to Prime Minister of Pakistan, Zulfi Bukhari.

Adding fuel to the fire, Zulfi in the capacity of a Minister of State in Cabinet, also lauded Rihanna for raising her voice, saying: “Well said and well done.”

Well said & well done.
That’s because they’ve blocked all credible media in India.
Not just with the farmers but also with the oppressed Kashmiris.#FarmersProtest https://t.co/rrmFjyyrl8

Here is how Indians are reacting to it.

Rihanna is supporting #FarmersProtest because of this #Pakistani Minister, Sayed Zulfi Bukhari.

Funniest thing on the internet today! Rihanna took “Indian Farmers” side while the whole Bollywood is supporting Modi. Now, Modi supporters are saying that Rihanna is an agent of Pakistan just because she met Zulfi Bukhari! They are literally convinced! 😂 pic.twitter.com/8OXXgDMrPY

While Pakistanis are busy making memes about the whole thing.

#Rihanna with Syed Zulfi Bukhari, Special Assistant to Pak Prime Minister Imran https://t.co/v4xCUHLl5f we know why is Rihanna getting so worried to talk about #FarmerProtests. https://t.co/ae1NPRH2Yr pic.twitter.com/HPizjuYZgI

A tractor rally by farmers last week in New Delhi turned violent. Police under Narendra Modi responded to the protestors by shutting down the internet, digging ditches, driving nails into roads, and topping barricades with razor wire to prevent farmers from entering the capital again. The fiasco is getting bigger by the day, as many notable figures have jumped on the bandwagon of addressing the farmers protest in India.