Ramsha Khan and Bilal Abbas Khan are said to be dating. People keep speculating about the two being together for a long time. The actors, however, never addressed it.

Ramsha and Bilal are both phenomenal actors in the Pakistan entertainment industry. Both appeared together in multiple films and drama serials. 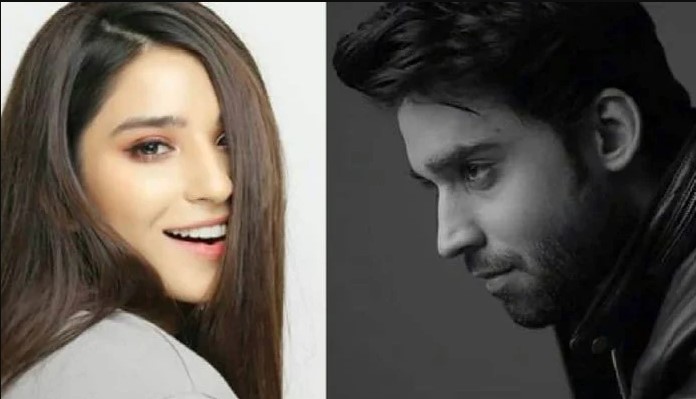 The connection between the two is notable, and rumors of a romance always circulate.

However, in recent times, Bilal Abbas unfollowing Ramsha Khan and her friend Ahad Raza Mir on Instagram is raising questions. The public is not able to understand the cause. Everyone assumes that the couple is not together anymore. All sorts of stupid comments are surfacing. People are accusing Ramsha of being a homewrecker; thinking she is in a relationship with Ahad and it is the cause of his divorce. 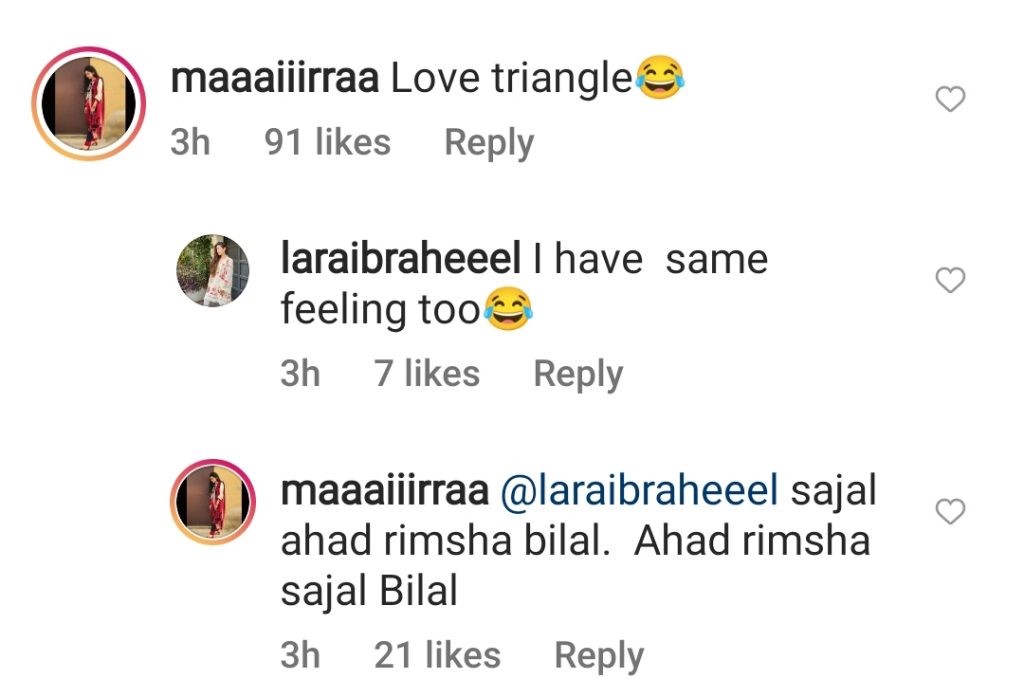 Moreover, Ramsha and Bilal are not responding to any sort of comments. It was until recently that a leaked message shows Ramsha calling Bilal a disgraceful ex. Ramsha Khan talking on her social media private message shares the miseries of her relationship with Bilal. The chat was leaked, and it says that Bilal set Ramsha and Ahad in an embarrassing situation and that he is a shameful ex for doing so. 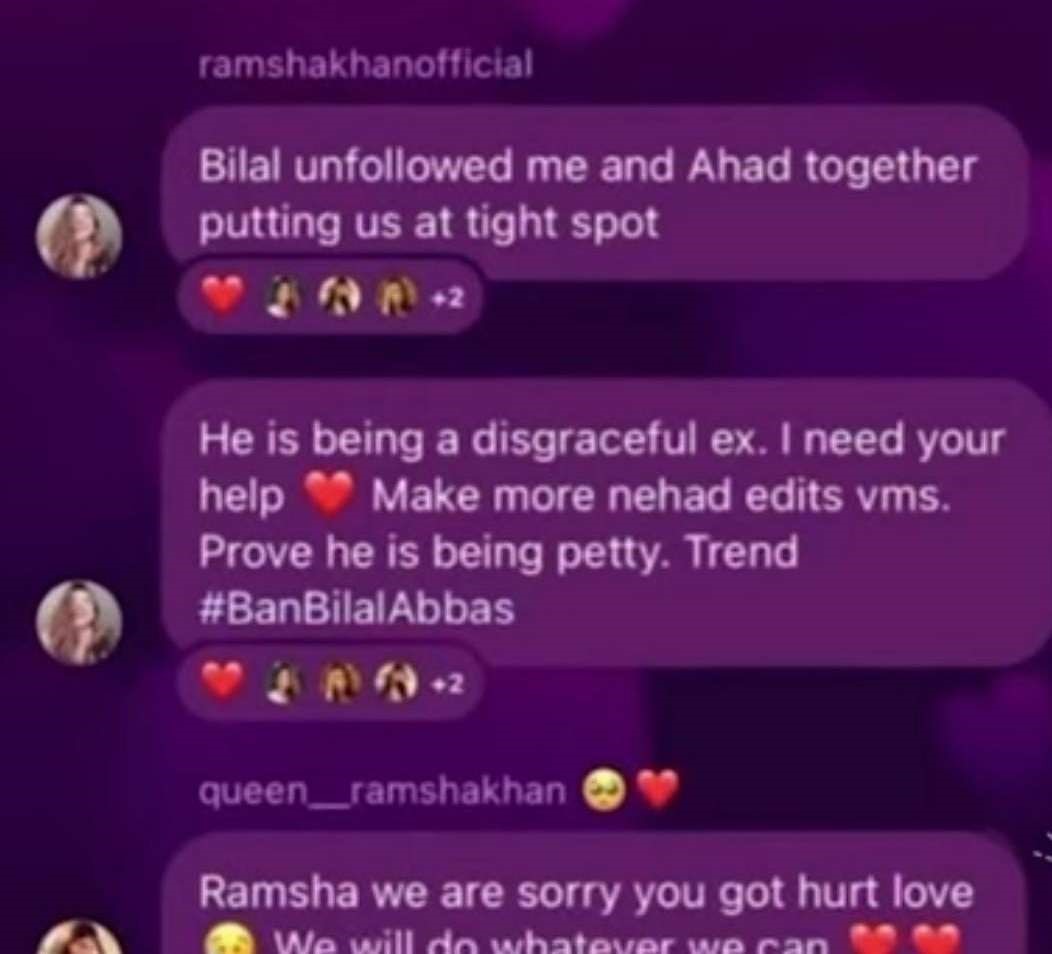 Muneeb Butt used the word “disgraceful ex” to refer to Imran Khan’s previous wife. It was also at this time that debates over the phrase emerged, and this time for a different person.

Further, the leaked chat is definitely going to unbox many more surprises. The netizens are impatient and are waiting desperately to know the real story behind it. Let’s see where the chat takes us and what new revelations are coming up next. We are not even sure if the leaked information is true or fabricated.