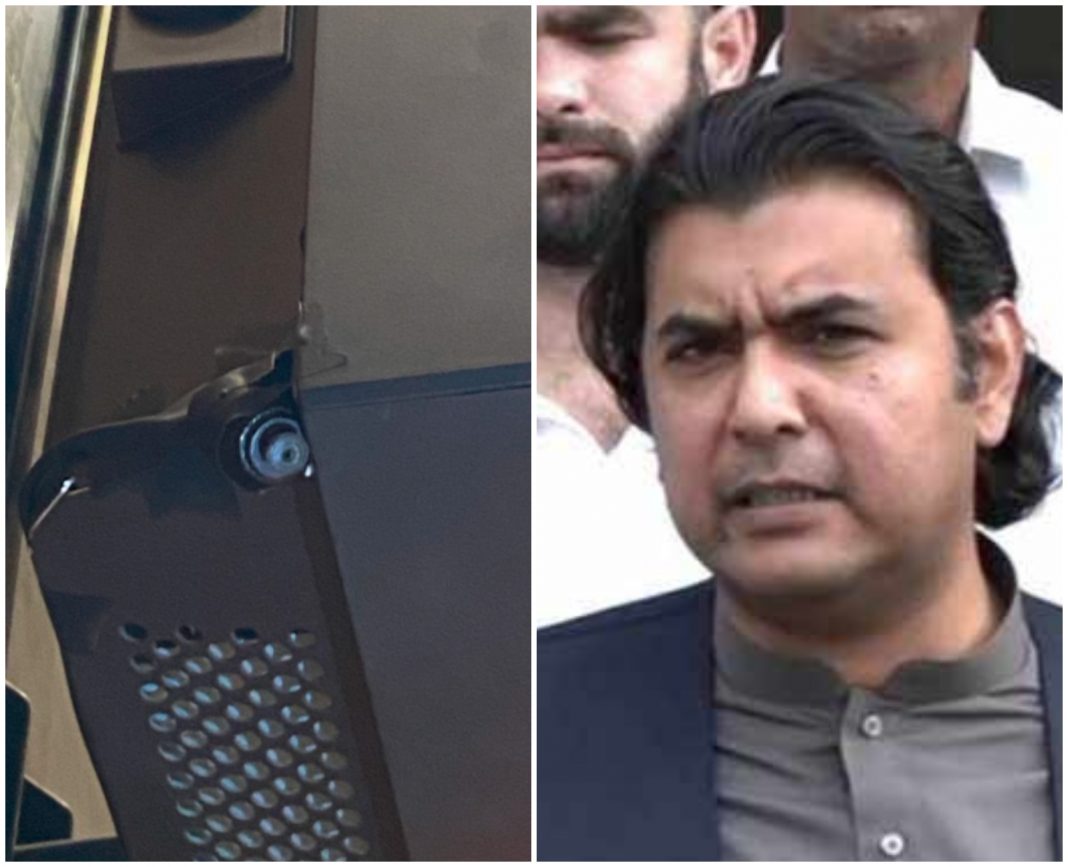 Senate election was held for the chairman and deputy chairman on 3rd March 2021. The opposition claimed that there were spy cameras set in the polling booths of the senators. PPP’s Mustafa Nawaz Khokhar along with PML-N’s shared photos of the hidden cameras inside the booths on Twitter.

‘Myself and Dr. Musadik found spy cameras right over the polling booth!!!!!” tweeted Mustafa Nawaz Khokhar. In another tweet he told that he found a pinhole camera inside the polling booth during senate election. On the other hand, Dr. Musadik Malik called it a “freaking joke”.

Myself and Dr Musadik found spy cameras right over the polling booth!!!! pic.twitter.com/aqRGFRYFbq

As soon as they shared pictures on social media the senators stood outside the parliament house to conduct a press conference. Dr Malik said that they were directed by their leaders to check the polling booths before the election took place. The senator of PML-N said that the cameras were installed as per a plot. Dr malik claimed that there were two hidden cameras one facing the person and the other on the ballot paper.

What a freaking joke
The senate polling booth has secret /hidden cameras installed
SO MUCH FOR DEMOCRACY pic.twitter.com/S7OapMhZtn

Next, the PML-N senator questioned that who put cameras in the place. He also added that the lamp present in the booth had holes in it. There were microphones and cameras in it, he said.

Mr Khokhar told that it was the senate’s security that was the responsibility of the chairman senate, secretary, and the head of security thus, they have failed to perform their duties.

PPP senator told that according to the election act of 2017, “tampering with the secrecy of the vote is a crime.”   They said the consultations will be held with the lawyers and they will make a decision whether the senators investigate the matter or the police should intervene in the matter.

Murree opens up for travelers