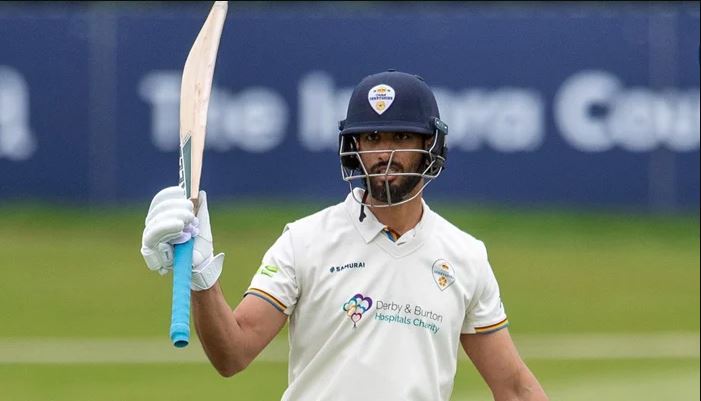 Shan Masood makes an International record by scoring two double tons in an English county tournament. He is the first Pakistani to score a double ton in two consecutive matches.

Shan, the left-handed batsman plays on the International grounds as well as in the local team; he represents Multan Sultans. 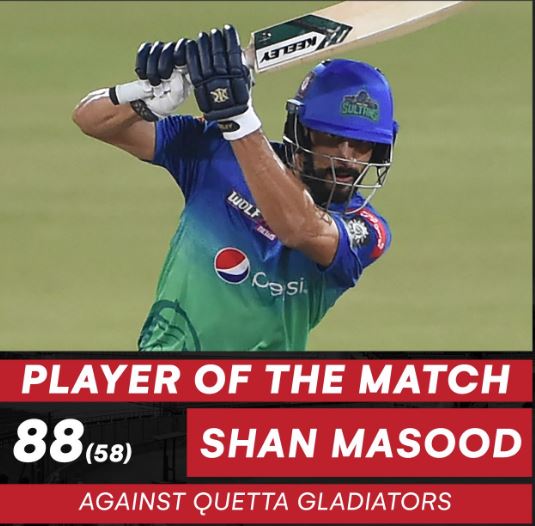 The county championship is a domestic first-class cricket competition that takes place in England and Wales. The game consists of 18 clubs each named after a county. Each year, International players receive invitations to be a part of the team. This year, 10 Pakistani cricketers visited the UK to play in the English county league. Below is the list of the cricketers playing in the game: 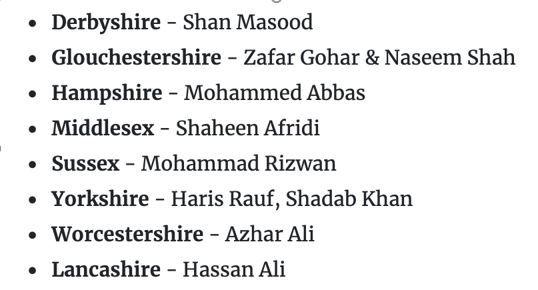 Shan Masood, representing Derbyshire, makes history by scoring double centuries in two back-to-back games. It is after 1933 that an Asian player makes a double century in the English county championship. 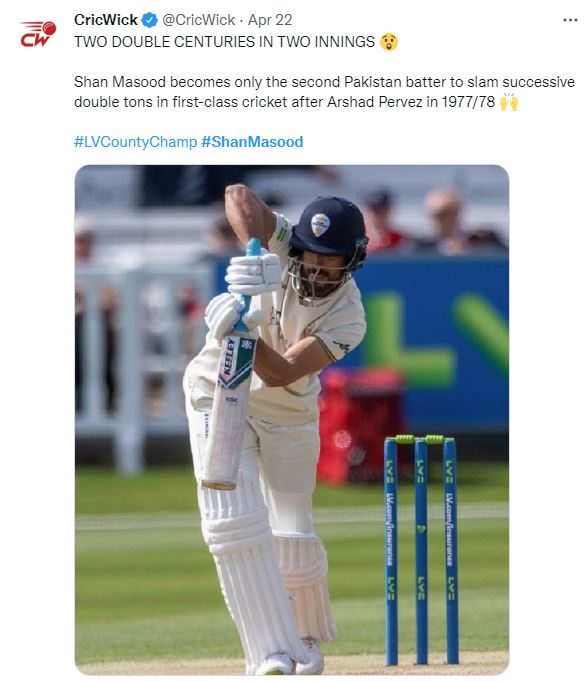 The medium-fast bowler scored 219 runs in one match and 239 in another. The numbers knockoff was enough to set a record.

Further, Shan always receives criticism regarding his talents. He was overlooked during Australia’s Test series in Pakistan, but his performance in the international game might help his career in cricket. Cricket fans are praising Shan’s performance and are hoping for his return to the stadium in his homeland.

Moreover, other players along are also making great numbers but Shan makes an International record and the country is proud of him. Shan Masood indeed proves his talent by scoring 611 runs in 4 innings.

Lastly, this year the cricket county game is special for two reasons; one Shan Masood makes history, and the second Muhammad Amir’s return to the game. In 2010, Muhammad Aamir was suspended from playing cricket on charges of spot-fixing. He was convicted of taking bribes from the bookmakers, after serving his sentence, he is back to holding his bat.