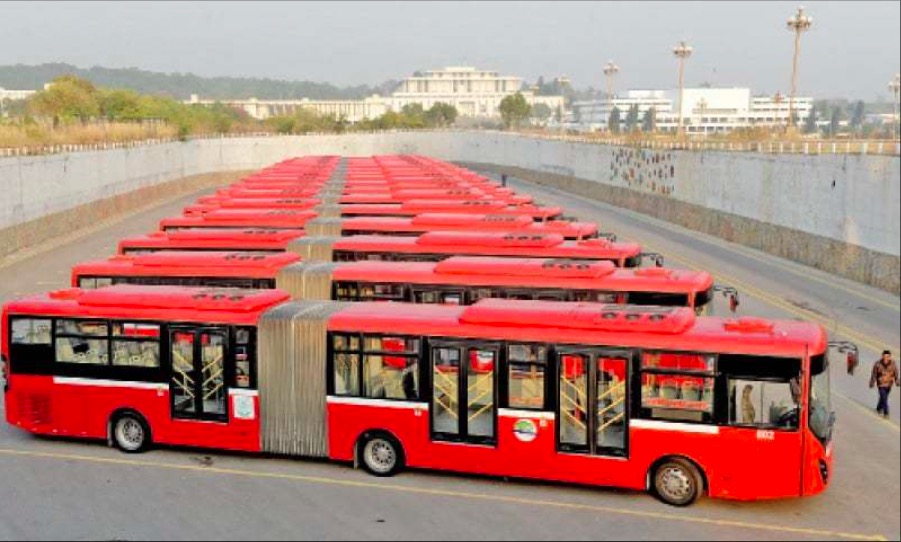 There is good news for the commuters of Islamabad and Rawalpindi. Struggling every day to find a local commute and not being able to make it on time? The Prime Minister of Pakistan Mian Shehbaz Sharif orders the immediate launch of the metro bus service between Peshawar Mor and Islamabad Airport. He also directs CDA to work on the Rawat-Faizabad metro bus route.

Metro bus service was the initiative by PML-N in their 2017 tenure. Many ambitious projects were planned but since the change in 2018, the ventures could not be completed. However, on the return after the no-confidence vote motion, PML-N is back on stitching its incomplete projects.

Metro bus service is a blessing for the locals. Thousands of people travel on the bus without the fear of paying high fares. Reasonably priced service is currently available in multiple cities of Punjab, Peshawar and twin cities.

PM Shehbaz Sharif is aiming at making the metro available for everyone throughout the country. As a result, the metro lines from Peshawar Mor to the airport and Rawat to Faizabad are on road to completion.

The quick-service buses are imported from China. CDA confirms that 30 new buses will reach Pakistan by the end of this month. However, there are some buses standing idle in the depot to start immediate operation.

The long-awaited Peshawar Mor – Airport bus will be operational by the end of the month and the other will launch sometime later.

During the previous PML-N administration, the party made significant investments in the country’s infrastructure. New roads and transit services were built. Among famous projects are the Orange line transit train in Lahore and the Metro bus service in Punjab and Federal Capital.

Lastly, as per the news, the new PM Shehbaz Sharif is reviving these services and working on incomplete projects.