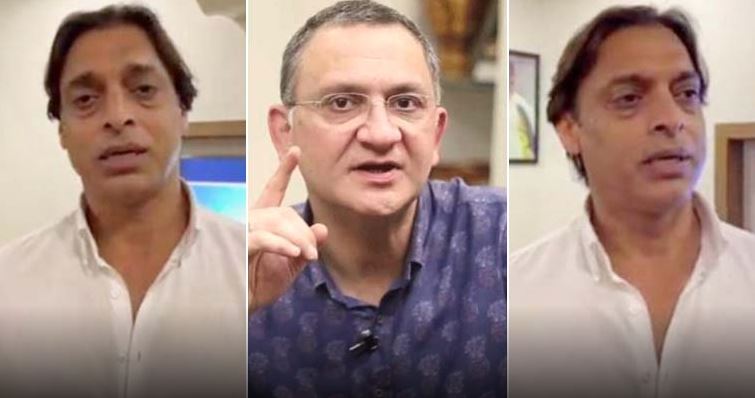 Shoaib Akhtar wanted a salary hike and pay increases for the World Cup broadcasts as soon as he arrived at PTV the night the awful debacle occurred during the live programme, according to Dr Nauman Niaz, as reported by ARY News on Monday.

Dr Niaz claimed what happened that night in the live event with the renowned cricketer was unfortunate and not at all a premeditated prank in an exclusive interview with ARY’s Off The Record tonight.

He said that under the terms of Akhtar’s contract with PTV, which runs until January 2022, the bowling icon could not appear on any other TV show.

He did say, however, that his previous deal did not necessitate such exclusivity. He said he had nothing to do with the legal warning sent to Akhtar as a result of his participation on a foreign TV show. He explained that it is an administrative subject over which he has little control.

Niaz elaborated on his storey following the incident that saw Akhtar storm out of the live TV set, saying that while Shoaib is a confident and upbeat person, he frequently broke his word on PTV contracts. He’d often say he’d arrive but then cancel at the last minute.

While he apologized for his actions, he claimed that the manner Akhtar reacted to the match facts was inappropriate.

He stated, “I reiterate, what happened was incorrect, and I even recommended at the time that the show be led by the co-anchor.”