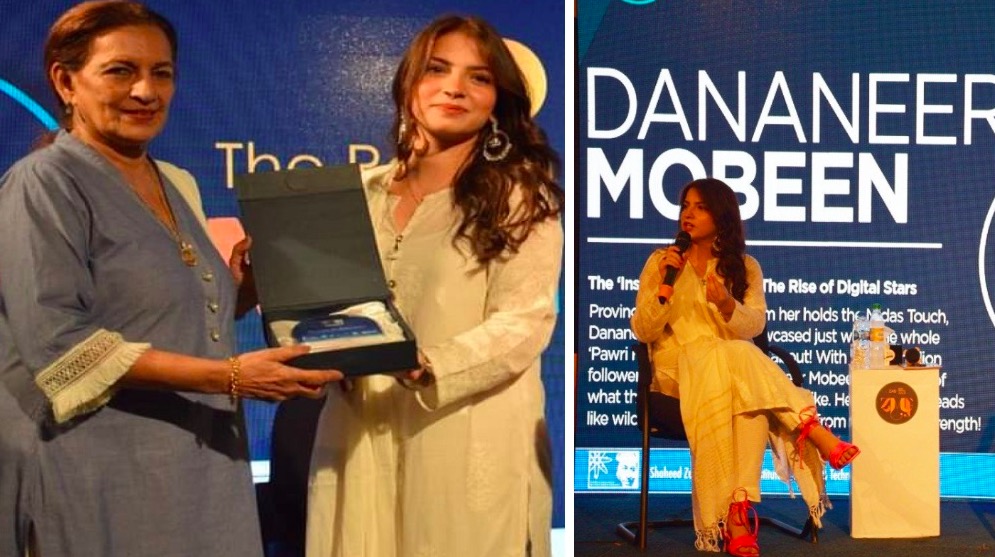 Dananeer, the internet sensation, visited Szabist university as a motivational preacher. Dananeer is a Pakistani social media influencer who got famous after her viral video clip. Her ‘pawri horahi hey’ clip got viral across borders and today she is notable to many as the ‘pawry’ girl. Dananeer also features in the ISPR drama series “Sinf-e-Ahan” as the main character.

After her global fame from the video, Dananeer appeared on various talk shows and universities. Amongst various interviews, Szabist university’s media festival team invited her to motivate the students.

The purpose of inviting the influencer was to give students a “TED Talk”. The students enjoyed a good session with her

Dananeer is the ultimate example of overnight popularity, and she was made to explain her secrets. Who might have guessed that a 10-second video could turn somebody into a celebrity overnight?

The internet mafia, on the other hand, does not acknowledge her as a motivating preacher.

As soon as the news spread out, netizens criticized the media team for presenting her as an example to the youth. All sorts of mean comments surfaced against the young star. People are labeling her success “accidental fame”. 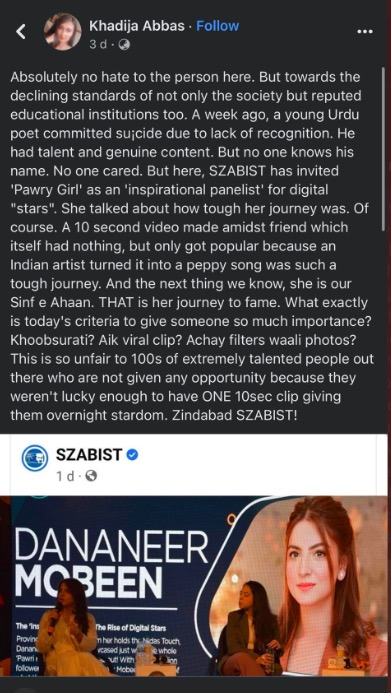 Whilst there are a lot of nasty comments and snarky trolls, there are also a lot of individuals that support her. Her fans believe she is a social media influencer and a creative designer who would be a good match for business school.

Celebrity trolling is a regular occurrence. This isn’t the first time Dananeer is facing disapproval. She faced speculation of favoritism in the past for a part in an ISPR drama series. Because her father is an army officer, she was blamed for being chosen for the job. Actors have become resistant to all forms of backlash as a result of incessant trolling, and they turn a deaf ear to it.